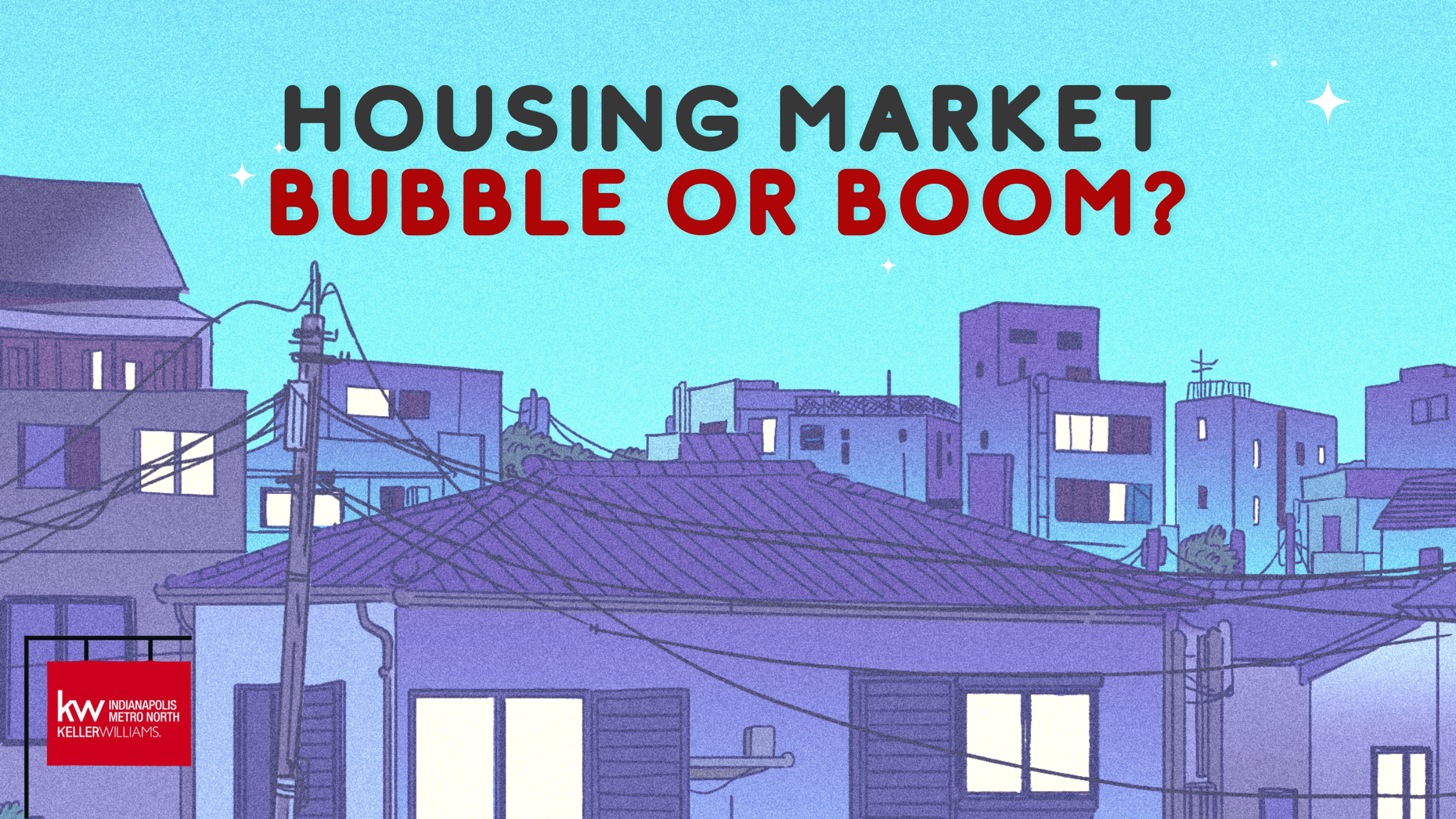 As I’m sure you have noticed, everybody is talking about the housing market.

“What is going to happen to the housing market?”

“How will the market fare over the next twelve months?”

“How high are rates going to go?”

No one has a crystal ball to predict the housing market. However, slight cracks are beginning to appear in the red-hot housing market. Yet, most real estate experts predict prices will flatten, rather than drop nationally. Why? There is still a lot of pent-up demand for housing and not enough homes for sale.

Here are some educated predictions real estate professionals are saying about what the future of the United States housing market will look like.

“Prices are rising due to a mismatch between supply and demand, but this is not a housing bubble. What really drove down prices during the crash were all of the foreclosures and short sales,” says McBride of Calculated Risk. Today, “the vast majority of people don’t need to sell. Without short sales and foreclosures, you don’t have the downward pressure on prices.” This makes sense considering the market is in far better shape today than it was a decade ago.

The housing industry had a boom last year, with the largest annual gain in single-family house values and rentals, historically low foreclosure rates, and the highest number of home sales in 15 years. In addition, lenders are giving mortgages only to the most qualified borrowers. These buyers are less likely to wind up in foreclosure. And prices aren’t expected to plummet unless another wave of foreclosures and short sales sweeps through the nation.

Since the housing crash of 2008: builders have been slow to get up to speed to fill the housing gap. In some part due to this, the two largest demographics for homebuying, Millennials and Boomers, have been flooding into the homebuying market causing low inventory and high demand.  Not to mention the fact that mortgage rates are skyrocketing, meaning that housing prices are not expected to go down any time soon. The most likely effect is a slower rate of appreciation.

The April 2022 housing statistics release from Realtor.com® demonstrate that housing demand has continued to moderate, despite rising property prices and mortgage rates. In April, the median list price of a home reached an all-time high, while the number of pending listings (those in the process of being sold) decreased.

The real estate market is unlikely to shift from a seller to a buyer's market anytime soon. Rising mortgage rates may take some of the intensity out of the market, allowing inventory to rise slightly. It may also slow the rate of home price appreciation; however, the supply of available homes is so low that even a significant drop in demand due to higher interest rates will not turn this into a buyer's real estate market, according to industry experts. However, it does mean fewer people will be able to afford to buy.

Home prices do not appear to be dropping dramatically, even in some of the country's most expensive markets, the tier one markets. For example, according to Realtor.com, in April, the largest year-over-year median list price growth occurred in Miami (+38.3%), Las Vegas (+32.6%), and Orlando (+30.7%), According to CoreLogic, these large cities continued to experience price increases in February, with Phoenix on top at 30.4% year over year. The second rank was held by Las Vegas with 26.5% year-over-year price growth followed by San Diego (25.2%).

Median home list prices in America hit a new high of $425,000 in April—up 14.2% in just one year, according to the most recent Realtor.com® data. Meanwhile, average mortgage interest rates climbed to 5.25% in the week ending May 19. That’s a 75% increase in just a year’s time.

Nothing goes up forever, so “a housing correction has begun,” says Mark Zandi, chief economist at Moody’s Analytics. “One wild card in all of this is investors,” says Zandi. “They have a lot of cash to deploy, so they could keep the market going more strongly.” Large institutional buyers have mountains of cash and the stock market so volatile real estate is a safer bet at this time.

Bottomline is, if you are looking to buy, the real estate market is not a wildfire like it was last year but more like a bonfire. Interest rates, though rising, are still below historical averages. If you are looking to sell, your home is probably at its peak value now and with it being a sellers’ market, now would be an excellent time to put your home on the market.